I was recently down at the local BMX track and while I was chilling out between laps, a couple of kids started whizzing about on their bikes, or at least one of them did. You see, one of them was on a traditional pedal bike and the other was on a balance bike. While the guy on the balance bike had no trouble with the undulating and slippy gravel surface, his buddy kept toppling over, getting stuck on the humps and generally looked like a fish out of water. While the poor lad was very enthusiastic and just wanted to follow his friend, the issue was that he had stabilisers (AKA training wheels) fitted to his bike.

Why’s that so bad you ask? Here are a few good reasons:

Stabilisers prevent the natural lean of the bike while cornering which reduces the bike’s manoeuvrability. A bike steers by leaning and since the stabilisers hold the bike vertically, the rider can’t steer the bike as easily. You only need to look at the guys in the Moto Grand Prix to see how much the riders lean while in fast corners. 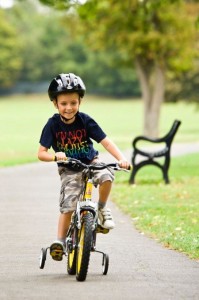 Before the stabilisers are removed completely, people often raise the stabilisers upwards to help the child develop their balance. With only one stabiliser on the ground, the bike will often lean the wrong way in a corner and jerk around as it tips from side to side. The child will naturally shift their weight the opposite way to counteract, something that will need to be re-trained as they progress to a normal bike.

Stabilisers will only keep the bike upright if they are on a flat, smooth surface. Gravel, rocky paths or soggy grass will cause the tiny plastic wheels to get stuck. Likewise, if the surface is banked to one side, the bike will easily topple over. This limits the terrain that your child can ride on and hinder their little adventures.

5….And lots of other drawbacks

Stabilisers add extra cost, weight and complexity. They’re also cumbersome, ugly, noisy and flimsy (one regularly bends more than the other so the bike leans more on one side). Once you’re finished with them they’ll go to the landfill with all the other junk.

Stabiliser graduates still have to learn the primary skill – balancing – with a sudden transition from being supported to unsupported, which can result in wobbles, crashes and loss of confidence.

There is another way – Balance Bikes! 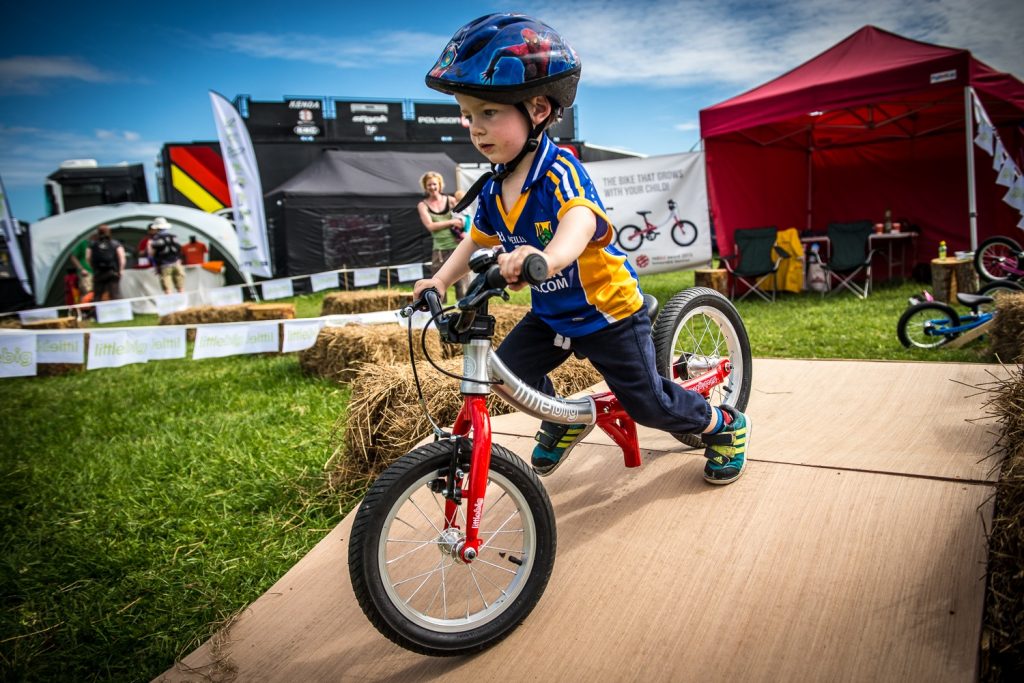 By contrast, having learned to balance on the LittleBig balance bike, riders will develop their coordination & motor skills and make a seamless transition to pedalling. With the specially designed pedal attachment, you don’t even need to change bikes, oh, and it grows too! Just ask Esther in the UK who wrote to us a little while ago…

“…She’s been using it as a balance bike up until this evening when we decided to have the grand unveiling of the pedals – the result was instant. She hopped on and as we were explaining to her what to do we looked down and realised she wasn’t walking the bike along next to us…she was PEDALLING!”

The LittleBig 3-in-1 balance bike to pedal bike for kids is available through our online shop with worldwide delivery available.

LittleBig – The bike that GROWS with your child